The Evolution of the Remote Control: A Long, Strange Trip

We’ve come to take remote controls for granted. But some of us remember actually having to get up off the couch to change the channel. Strange how that’s almost unimaginable now.

Universal remotes, like the devices A.V.E. offers homeowners in central Wisconsin, can control multiple aspects of our lives. Yet the remote’s humble beginnings go back many decades. In fact, the idea for remote controls started before television even existed. 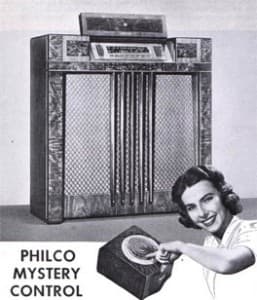 Smart inventors are always looking for ways to make our lives easier. One of the earliest consumer remote innovations came from a company called Philco.

In the late 1930s, Philco released its amazing “Mystery Control” for household radios. As you can see, it resembled a rotary telephone without the handset.

The “Mystery Control” operated on radio frequencies. Sure, it was wireless, but it was also about the size of a dictionary, so not exactly portable.

Still, this device astonished many homeowners of the era. It was marketed as “the most thrilling invention since radio itself!”Phase 2 – Television Hits the Scene 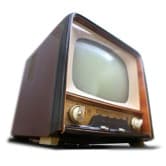 Depending on your age, you may remember a time when the phrase “don’t touch that dial” actually made sense. Most TVs had two circular dials allowing you to change channels on UHF or VHF frequencies.

Of course, there were only a few broadcast networks in television’s early years. When cable TV came about, people needed something a little more convenient.

This product was an electronic tuning device allowing cable customers to convert cable channels to a VHF signal. Remember when your TV needed to be on channel 3 or 4 for cable? 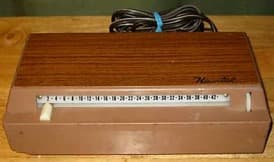 The cable boxes, such as the popular woodgrain version from Hamlin shown here, typically featured a slider with several dozen possible stations. But, not the hundreds of channels we have through cable and satellite television today.

Phase 3 – The Emergence of the Television Remote 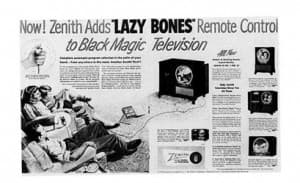 In the 1950s, American electronic manufacturers began developing handheld devices for controlling televisions. But they were a far cry from what we think of as a remote control today.

Zenith was an early pioneer in TV remotes. One of their very first models was actually called “Lazy Bones.” It had to be connected to the television set with a wire. You used your thumb to push a single button and tune in a station.

Eventually, other electronic companies started developing their own remotes. Not only were they marketed as a convenient way to relax while watching television, they were also seen as a way to avoid advertising.

According to an article from Slate.com, a backlash against excess advertising surfaced in the mid-50s. People were worried about being brainwashed.

The remote control was seen as an easy way to switch the channel or turn down the volume during commercial breaks. In fact, some remotes had names like the “TV Hush” and “Blab-Off.” 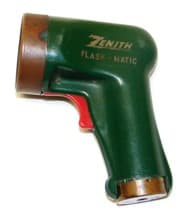 Zenith would go on to develop two separate wireless remotes that used either light or ultrasound to change channels, adjust volume, and turn the power on or off.

First there was the Zenith “Flash-Matic,” which looked a lot like a handgun, and used a beam of light shot at a photoelectric cell on the TV set.  A single button was supposed to control everything. But, you had to be very precise when operating it.

A bigger problem with the “Flash-Matic” was that its receptor got confused by other light sources. So things like sunshine through a window or even indoor light bulbs caused interference. Sunlight would even accidentally activate the controls. 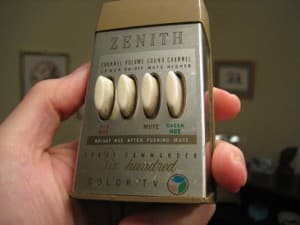 Another device, which used sound waves instead of light, was called the Zenith “Space Command.” Released in 1956, these remotes had multiple buttons that literally clicked when you hit them. That’s where we got the slang term “clicker” for remotes.

The “Space Command 600,” released in 1965, was the first remote allowing users to adjust the color of their television sets. In 1976, the “Space Command 1000” added the feature to zoom in on images through over-scanning.

Remote controls were considered a luxury for many years. In 1979, it was estimated that only 17% of American homes had a remote control.

The growth of cable television changed everything, and it wasn’t long until just about everyone needed a remote, and they came standard with every TV set.

By now, remote controls began to resemble the devices we’re used to seeing, but they were still clunky and had limited functionality. Infrared technology became the norm for TV remotes, and that’s still what’s being used today.

At the end of the ‘80s, more than two-thirds of American homes had a remote.

The ‘80s also came with an onslaught of new kinds of electronics: VCRs, laserdiscs, CD players, surround sound systems. Many of these products could be purchased with their own remote control.

That led to a completely new problem in need of solving. 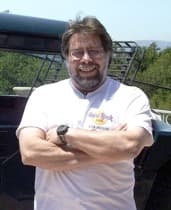 One of the first people to work on building a universal remote control was Apple co-founder Steve Wozniak.

He actually left Apple in the mid-1980s to launch a startup company developing universal remotes that could control TVs, VCRs, stereos, and more.

Having multiple remotes was a problem that frustrated Wozniak personally, and he was successful in solving it. The very first programmable universal remote, Wozniak’s “CL 9 CORE,” came out in 1987. The 20-button handheld device with an LCD screen could learn signal patterns from other remotes.

But, Wozniak’s engineering mind may have created a universal remote that was a little too complicated. It came with a thick user manual detailing 256 different codes. It was a great product for tinkerers but not the average consumer.

Other competitors took over the “CL 9 CORE’s” territory, and after a trademark dispute arose over the use of the word CORE, Wozniak sold his company in 1988. While Wozniak didn’t hit a home run, he definitely got things moving. 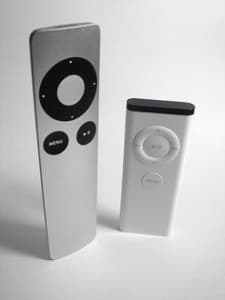 Another forerunner in universal remote technology was Magnavox, which produced a more consumer-friendly device for Phillips electronics around the same time.

Today remote controls are everywhere, and in some cases, they’ve come full circle back to the kind of simplicity the first TV remotes provided. Apple, the company Wozniak left behind, is known for creating simple consumer-friendly products.

That includes the remote for controlling the Apple TV, pictured here. However, as simple as it may be, it’s still just another remote among a growing collection of plastic devices cluttering up the typical American home.

Do You Need to Make an Evolutionary Leap?

It’s obvious that having too many remotes is still something people deal with today. Home automation technology is making the problem even worse.

These days, you might have a remote for your thermostat, air conditioning unit, a remote starter for your car, maybe even something for your lights, doors, and windows.

Get One Remote to Rule Them All! 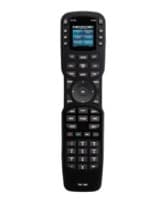 Is it time for you to simplify things in your home? A.V.E can help! The universal remote we provide has perfected the technology for the modern home.

Enjoy a seamless home entertainment experience using a sleek universal remote that’s easy to use and ergonomically designed to fit comfortably in your hand.

All those gadgets and technology can be complicated, but you don’t have to worry about getting things set up on your own.

Programming your new universal remote from A.V.E. won’t be a DIY project. Our audio and video experts will do it all for you. Once you’re up and running, your home will feel more organized. You won’t constantly be looking for a different lost remote just to get the right device to operate.

If you do temporarily misplace your universal remote from A.V.E., no worries! There’s also a convenient app for iOS and Android mobile devices. That means you can turn smartphones and tablet into additional universal remotes.

Ready to finally step out of the remote control dark ages and into the future? It’s time for you to take control! Contact A.V.E. in Wisconsin Rapids today. Call us at 715.423.4800 with your questions or to set up an appointment with one of our friendly experts.